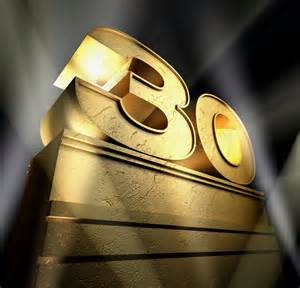 I bet the title grabbed your attention right?

Rather, it’s a reflection of where I am in life based on those things.

Essentially, I’m in a place of Reflective Struggle. It sounds nice when I write it that way but my truth is that I’m in some shit, I’ve been in some shit, and it doesn’t look like I’m getting out any time soon. Basically, I have started to wave my white flag in surrender to life. I’ve been busy facing my personal inadequacies as markers of real-to-me success.

By some measures, I’m a success and there are people (who know me personally) who will be absolutely confused by this post. They’ll say, “But she has these things.” And it isn’t about things. This post is about the frustration I felt with not being supported in a way that made me feel like they valued my spirit. It’s about the sorrow I have from feeling like I wasted my time doing things that weren’t for me. I spent years in spaces that didn’t make me happy because that’s what made sense to people on the outside. I accepted jobs that made me absolutely miserable and chipped at my self-esteem on a daily basis to pay bills that a dent hasn’t been made.

I’m the most successful failure I know because I accomplished all of those things and failed at faking happiness.

Since my 25th birthday, I’ve dealt with a constant nagging that I wasn’t living; I wasn’t even existing. I was lost. And it was then that I started to look at the lists. I wanted to see all of the lists and compare them and study them and use them to set my intentions.

My existence became an exhaustive list of To-Do items, many of them out of my reach. It’s important that I share since graduating with a Master’s degree in 2010, I’ve always been poor. I’ve been less than working poor. I’ve been “I’m so poor I’ll never own my name.” I’ve been “check to check” and “I have more month than money” exhausted. I’ve been “What the hell did I go to school for?” weary. Yet I was determined to live by these lists. The result? I’ve lived a pretty embarrassing life since following these “rules”.

And the other day, I sat down in a fit of exhausted rage when I cried tears of frustration because I’m tired of trying.

At 29 years old, I now base my accomplishments on what I’m able to get through during the day. Did I wake up and sing a song that made me happy? Did I talk to someone on the phone? Did I brush my teeth and comb my hair? I feel like I’ve lived if I did those things. I’m so weary I can’t even look at the lists anymore.

Life is the one thing you don’t really get an instruction manual for. If there isn’t anything else you get from this post, take that nugget. There are no “How-To” manuals for this shit and no list will make up for a void of purpose.

I wish someone had told me that before now.

Life 30 Years Old, 5 Things to Know By 30, Affirming Others, Facing Inadequacies, Reflection on Success, Success, To Be Successful

Today, I woke up with a calm over my spirit. I can’t remember the last time I’ve felt so peaceful. In that moment, I thought to myself, “It would be great it more people got on board for the 31 Days of Affirming Challenge! I could — ” and with that, I had to pause. I started to get angry because I felt that not enough people were in on this. I started to judge others because I felt that they couldn’t take 31 days, ONE month, and cut out the craziness on the internet. DIDN’T THEY GET THAT THIS WAS BIGGER THAN THE NEGATIVITY? Didn’t they get that this was about empowering one another? But the craziest thought I had was, “I bet if I were one of those popular bloggers, that people would have jumped on board a long time ago.”

At the core of it, it is about affirming others. Today, I recognized that the self-esteem issues I’ve been dealing with AND the need to be perfect (whatever that means) started to take over my thoughts around this challenge. I wanted to touch so many people and lift them up in their troubles (not a bad thing) BUT there was a small part of me that wanted the recognition that this was successful and we all know that our society/community likes to measure the success of something by the number of people you touch. Or just by numbers. And that’s not what this is about. This is about the feelings that people get when they read the words that are typed. This is about how great a person feels when they search for “31 Days of Affirming” and find others posting positive messages. I have to remember that numbers really don’t count when it comes to the experiences that people have.

With that recognition and re-commitment, I reminded myself: “Affirming others is not about whether or not people say thank you or even remember my name. It’s not about how I could profit from this. It’s not about how I grow materialistically as a person. No. It’s about being entrusted with the vision, insight, and courage to contribute to my community in the most positive way I can. It is about others which means I have to decrease myself and my need for recognition in the process. At the end of the day, this is about how others are empowered and in turn, how empowering others reminds me of my own power. This is about raising the awareness of others and their spiritual talents. It’s not about me.”

With that simple reminder, I once again felt the peace I woke up with.

Affirmation: I AFFIRM others and they in turn, affirm me.

What?!?!? Another month-long affirmation challenge?? It can’t be! Or can it?

As you may or may not know, 30 Days of Affirmations came about out of a personal need to inject some positivity into my day. After expressing my goal to find and apply affirmations on a daily basis on Twitter, other people decided to join. From there, we decided it would be a joint effort and we’d tag the affirmations with a specific hashtag.

However, since it’s coming up on the end of the year, I thought it would be AWESOME that we do it one last time for 2012. Which means we get an EXTRA day of positivity and praise.

Who? Anyone and everyone can participate.

Why? Why not??? Everyone needs positivity and that’s really what this is all about. 😀

Where? On Twitter (mostly) but if you want to participate and don’t have a twitter, then you can post your affirmation here. Make sure you use the tag 31DaysOfAffirming so that we can easily find them in a search. You never know who can use your words.

It’s just that simple. Let’s close out 2012 with some awesome energy!

Error: Twitter did not respond. Please wait a few minutes and refresh this page.